Spirit of the Church against the Spirit of God – out of love for the people? 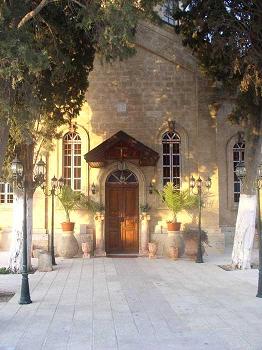 Studying the Spiegel-Online Interview with Rabbi Prof. Walter Homolka „The Catholic Church does not have its anti-Semitic tendencies under control“ again, one can not avoid, to expand that raised blame to all Churches. So to say to distribute it proportionally. For no matter in which Church the Pope would have grown up – in the Evangelic Church, the New Apostolic Church, an Evangelic Free Church, the Free Evangelic Church and in an Pentecostal Church anyway – in each Christian Church, no matter which, could have developed into a anti-Semite. But there he could have also heard God‘s „personal WORD“ for every person out of all non-Jewish people (Gojim) and „personally“ converted to the God of the Bible. He did not do it! Will you? For that you need as a Christian only the heart, to recognize, that Jesus is a Jew! That is lesson one. Lesson two is, to discern the time. Lesson three is, when the two main lessons have been understood, in comparison a piece of cake, promised!

A son, absolute essentially alike with His Father? That exceeds any human imagination. And thereto even the Spirit of God, all Three in One? Naturally, there are three monotheistic world religions:
– Judaism,
– Christianity and
– Islam.
They are also called the Abrahamic religions, because they are based on the God of Abraham. Only one God. If one separates the Father or His Spirit (hebr. Ruach) from the Son, in assigning to Jesus (hebr. Yeshua), as He was called by His disciples (hebr. talmidim) different attributes or a different personality, one has the most confusing polytheism, idol cult, as per definition no longer a monotheistic religion.

Since the turn of Constantine (since the keeping of the biblical traditions and feasts was forbidden by emperor Constantine under “Threatening and executing death by fire” (quote Marita Sara Meyer, paragraph I. The Establishing of Christianity leads to the first schism) has the Holy People, the Israelites, the people, to whom Jesus belonged, as the only people who caught, to abjure the idolatry, but Christianity was founded on Constantine. But have you personally to live under this curse of Constantine, later the papal one, to be eradicated from the book of Life, see i.e. Exodus 31:13-14 ?

Naturally knew God, that for a while only Jews, the people, to whom God, our Lord, spoke first, would be able to keep His commandments, but that is exactly why He has sent to the Gojim, all non-Jewish religions, a Jew for deliverance! And Jesus has His power only given to the Jews, because only they knew this holy, righteous and above all loving God long and well enough, that they could His Words faithfully and „reliably“ share, in Jesus, the Jew. Is that not a genial plan, Spirit of God – you can now personally decide for Him.
But let us hear the original of this authority*:

So the eleven talmidim (disciples) went to the hill in the Galil where Yeshua had told them to go. When they saw him, they prostrated themselves before him, but some hesitated. Yeshua came and talked with them. He said, „All authority in heaven and on earth has been given to me. Therefore, go and make people from all nations into talmidim, immersing them into the reality of the Father, the Son, and the Ruach HaKodesh (hebr. Holy Spirit), and teaching them to obey everything that I have commanded you. And remember! I will be with you always, yes, even until the end of the age.“ (Matthew 28:16-20)

The LORD has in any case decided, to save you, for „Neither let the son of the stranger, that hath joined himself to the LORD, speak, saying, The LORD hath utterly separated me from his people: neither let the eunuch say, Behold, I am a dry tree. For thus saith the LORD unto the eunuchs that keep my sabbaths, and choose the things that please me, and take hold of my covenant; Even unto them will I give …. within my walls a place and a name better than of sons and of daughters: I will give them an everlasting name, that shall not be cut off…for mine house shall be called an house of prayer for all people.“ (Isaiah – hebr. Yeschayahu – chapter 56:3-7 KJV)

Therefore the only question to you is: „Will you join yourself to the LORD. Keep His Sabbaths again and take hold of His covenant?“

——-
*) from: The Jewish New Testament – a translation of the New Testament, that takes care of its Jewish heritage, by David H. Stern