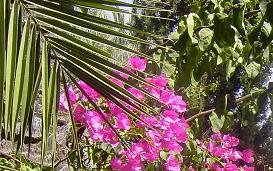 The Archetype Exodus – Thoughts by Eric Martienssen
English translation by Pastor Rolf Piller. The translator does not necessarily agree with everything he translates.

The term „Archetype Exodus“ (Greek for „archetype“ and „departure / exodus“) resulted through the phenomena that in 2009 happened of the sequence in time by the biblical Passah Feast and the heathen Easter-Feast, also Seder and Last Supper. The later will be in 2009 like through a miracle – when did that happen last – celebrated directly following its biblical original! (Seder March 8th / Maundy Thursday March 9th, 2009).

As the Church, respectively her precursor, included the letters in the Bible canon, looked the laws and biblical feasts since increasingly so, as if they would be legalistic forms of the Jews. And while Jesus postulated in the Gospels: „Salvation comes from the Jews“, the nations (Gentiles, heathen or in the Bible often also summarized as „Egyptians“) in the course of Church history through mis – interpretations of those Epistles more and more as justified and the Jews became the mission target. Only in 1965 accepted the declaration „Nostre Aetate“ of the 2. Vatikan Council again Judaism as an independent religion, in which the Christian faith is rooted. But than in 2007, the Pope permitted again the precouncil Good Friday intercession, in which after the „Last Communion“ on Maundy Thursday it was anew allowed to pray for the „blindfolded, impenitent and perfidious (faithless, unbelieving) Jews“.

Even to the early Apostles was a assigned an superior teaching authority. In Judaism however their is no higher teaching authority, because the ONLY teaching authority is God Himself. Whilst Jesus in the Gospels refers exclusively and constantly to God as the ONLY ONE, i.e. „You shall worship the Lord, your God, and serve him alone“, so from the 2nd century onward increasingly he himself was handed down as the ONE Saviour. The next irritation came through the uprising of „Replacement theology“. Did these developments reflect the spirit of Jesus? Here may everyone draw his own, liberating conclusions, that lead to a biblically mature, responsible dialogue in the Christian-Jewish cooperation. Apropos – as far as the Exodus and resulting deliverance are concerned – the word „deliverance“ has – as a Rabbi explained us recently – in the Hebrew the same letter as the word „responsibility“. The latter merely with the letter Aleph up front, that stands for ONE.

Already from the beginning of the 4th Century was Judaism finally replaced, at least till today, as root by Christianity. The new root was named Constantine (acc. „Paulinus“ Weekly News in Bistum Trier, special edition of June 2nd, 2007: „Recollection of the roots – With Constantine was the Christian Occident founded / Trier remembers the great Emporer“). First result of the „Constantine turning point“ were new laws, which forbad keeping all customs and ways of the „Hebrews“ – first of all it was tried to eliminate the soulish participation of memories about the Exodus from Egypt (also among Christians).

„One of the laws denied the Jews even the spreading of their religion, at that time Judaism stopped to be a proselyting religion. Not only that Judaism was not allowed to recruit proselyts, a law from 315 forbad even conversion to Judaism by threat and execution of death by fire.“ (citation Marita Sara Meyer, paragraph I. The Establishment of Christianity lead to first Schism).

But, and that is the miracle, the Jews kept their redemption from bondage, in heart and in Spirit. It was founded by God and it remained inseparable connected with God till today. Enviable, or? And the Gojim, where did they remain? God met them in one of His son, so that they may experience also personally salvation and be now united with the Father as well. But, as we were just reading, it was than – like once with the Jews – quickly again an end, less through Constantine, then through their own decision, like i.e. the Feast of Shabbat moved to Sunday and thus desecrated, or even the mind alienation of further from God biblically determined feasts. Is it therefore not a wonder, which we should welcome with all our heart, that we now, standing still at the beginning of a new millennium, can celebrate together with all Jews, and first of all the Jew Jesus, in mind and in the spirit of Seder? Is it not pure reconciliation grace, that this year the „three days and three nights in the heart of the earth“ are really existing, as pronounced by Jesus, as with Jona?