Jewish response to Obama Cairo Speech – No Messiah, he steals Israel everything 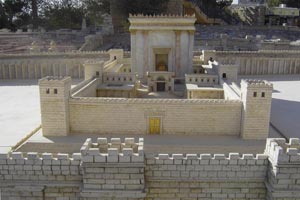 In the commentary on today’s Parasha (Balak) Michael Schneider from Jerusalem writes that the Jewish People are the most cursed people of the world. Israel has been cursed the most – after the Germans – by the entire world community, the United Nations, the UNO. It’s only that this was no longer called a curse, but, quite liberal, called Law Of Nations or UN resolution. The main thing was that it achieved it’s goal: the destruction of Israel in the name of justice by stealing Israel the right to defend itself.

This insidious UN curse now has competitors. But not by peace intention feigning, God totally ignoring representatives of the Nations. No, first of all through the (natural) German pope’s in mid-May in Israel declared idea to devide the Holy Land of God in the name of Christianity, represented by him, into two parts. And three weeks later through the once Christian minded US-Americans, represented by their moslemic President Barack Hussein Obama. Who would have thought that the Christian world one day choose spiritually a God forsaken pope and at the same time politically a Muslim as “Führer”? Uniting against the God of Israel – almost like a double pack in the curse of spiritual and secular power.

But can the man replace the God of Israel in the hearts and souls of His creation? Wake up America, wake up Rome, and throw the two Israel hater out of office! Get rid of your seduction that takes you to the death, re-elect life! “Blessed is everyone who blesses you (Israel), and cursed is everyone who curses you.” Look up to the God of Israel, praise His holy name and take the example of His holy people. See the video above, a contribution by the Director of the International Department of the Temple Institute, Rabbi Chaim Richman, a Jewish response to the Obama Cairo speech!

Let’s brake up to the God of Israel once again,
„Arise (Israel), shine; for thy light is come, and the glory of the LORD is risen upon thee“,
Shabbat Shalom
Yourth Eric C. Martienssen