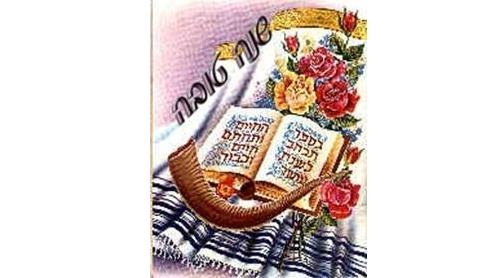 This Shabbat marks the Jewish New Year of Rosh Hashanah and the celebration of the beginning of mankind.
“Now in the seventh month, on the first day of the month, you shall also have a holy convocation; you shall do no laborious work. It will be to you a day for blowing trumpets.” (Numbers 29:1)

So, why is it that the Jewish New Year is celebrated in the seventh month? The Bible tells us that the month of Nissan, when Moses led the children of Israel out of Egypt was, “the beginning of months for you; it is to be the first month of the year to you” Exodus 12:2.
But after the Babylonian Exile in 586 BC, scholars decided that the High Holidays during the seventh month is when the destiny of man is determined and, therefore, man starts a new life thus making the fall holidays the New Year as well.

The first portion from Genesis 21 and the reading from the prophets in 1 Samuel 1 speaks of two childless women, Sarah and Hannah. We read those scriptures on Rosh Hashanah because, according to Jewish tradition, God opened up their wombs.

In both cases, God brought them to a point in life where they needed to rely solely on Him. With Sarah, it was only at the point where all human intervention was obsolete that God intervened. Sarah was 90 (Genesis 17:17), they “were old, advanced in age; Sarah was past childbearing” (18:11). Where the natural ends, the miraculous begins as she gave birth to Isaac.

Hannah too, after many prayers at the doorposts of the Temple, was ready to give her all – including her child back to God for His service! After giving birth to Samuel God blessed her with another five children. “He raises the poor from the dust, He lifts the needy from the ash heap to make them sit with nobles, and inherit a seat of honor” (1 Samuel 2:8).

According to Jewish tradition, on Rosh Hashanah the books of heaven are opened before the Almighty, and the Ten Days of Repentance begin until the great Day of Atonement, Yom Kippur, when God’s Judgment has fallen!

God’s Sabbath International tries to observe common understandings between Jews and Christians – here:
Luke writes, “I tell you that in the same way, there will be more joy in heaven over one sinner who repents than over ninety-nine righteous persons who need no repentance” (15:7).

I wish you all a ‘Good Inscription’ in the Book of Life, as it is the common greeting at this time of year along with