Shabbat Hanukkah and VA’YESHEV – He, Jacob, lived – Reading and Commentary 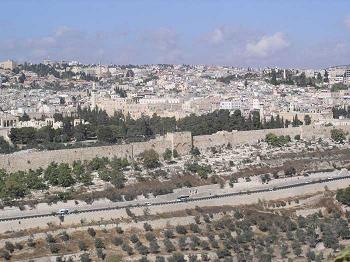 Abstract of the Commentary by Michael Schneider,
israel today, Jerusalem:
In our Torah portion, ‘Va‘Yeshev,’ last year, we discussed Joseph. Through Joseph’s brother’s rejection, he was sent to Egypt where he attained status of being second to Pharaoh and regarded as a deity. The Egyptians also used the concept of the trinity with three Pharaoh’s. He became a stranger to his brothers because he was now ‘Egyptian’ and they could not recognize him.

David, like Joseph has a similar story. Both were shepherds and despised by their brothers. Samuel anointed David as king at 17, but it wasn’t until age 30 when he reigned over Israel. Joseph’s life in Egypt began at 17, but he didn’t sit ‘at the right hand’ of Pharaoh until 30. Both, Joseph and David, were sons from another mother, which Jewish scholars claim was the reason for David’s ‘red’ look and why “Israel (Jacob) loved Joseph more than any of his other sons…”

Chapter 38 interrupts with a different story: the deceitful affair between Judah and Tamar, his daughter-in-law. Judah, in the chapter before intervenes and saves his brother’s life (37:26-27). One interpretation says it’s the reason his descendants are of the royal line in the kingdom of Israel. Judah (where the word ‘Jew – yehudi’ comes from) desired for his sons to produce offspring so they could continue his forefather’s blessing.

When Judah’s oldest son, Er, passed away, his wife Tamar was given to Onan. “Lie with your brother’s wife and fulfill your duty to her as a brother-in-law to produce offspring for your brother” (38:8). But, after Onan died, Judah told Tamar to go back to her father’s home until the third son Shela grew up.

Many years passed and the agreement was forgotten. But, when Tamar saw her father-in-law she sought revenge. She took off her widow’s clothes (38:14), which were a sign she was waiting for Judah to fulfill his promise, and covered her face so he couldn’t recognize her. Once protected from evil she was now covered with the mask of sin and deceit. Out of rage and revenge she dressed like a prostitute and Judah fell into ‘her snare’ (Proverbs 7).

Once her sin was made known, Judah confessed, “She is right, I am to blame.” Tamar went on to give birth to – again – twins, Peretz and Zerach (38:25 – 26). Again, the younger (Peretz) struggled to be born first, like with Esau and Jacob.

Another similarity we find is that Tamar shows Judah his three belongings: his ring, cord and staff. She says, “Recognize please…” (Hebrew haker-na; 38:25), which reminds us of the same words used in the chapter before as Judah himself deceived his father with Joseph’s coat and said: “Recognize please…” (37:32). What Judah did to his father through deceit Tamar did to him.

We can ask ourselves why the LORD allowed the marriage to be ‘legitimate’ even though it was incest and allow the heirs to be a part of the Messianic line of David? God allowed it to happen! Tamar even became one of the four ‘non-Jewish’ mothers along with Rahab, Ruth and Bathsheba.

That was answered in our reading in Zechariah 2:14-16: “Shout and be glad, O Daughter of Zion. For I am coming, and I will live among you,” declares the LORD… “The LORD will inherit Judah as his portion in the holy land and will again choose Jerusalem.”