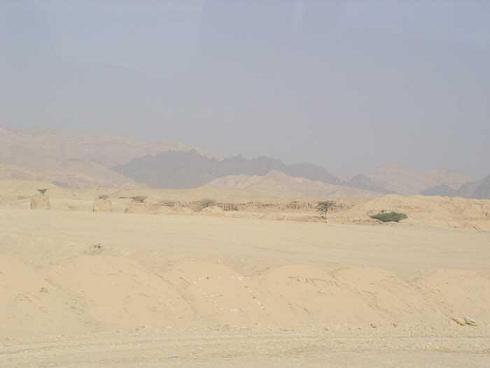 Abstract of the Commentary by Michael Schneider
israel today, Jerusalem:
This week’s Torah portion speaks about the last three plagues over Egypt, where God showed the mighty Pharaoh His great power. The final plague follows with the triumphant Exodus of the people of Israel from Egypt, from slavery into freedom.

Jewish scholars explain that the first nine plagues are divided into three-year cycles. Before every three-year cycle, the LORD commanded Moses early in the morning to stand before Pharaoh in the presence of many (7:15; 8:16; 9:13) and forewarned him of what was coming (7:17; 8:17). The third time of every cycle Moses stood before Pharaoh, it came without warning (8:12).

In the beginning, Pharaoh’s heart was hardened, he refused let the people go, but then stepwise he did allow the people sacrifice to the God of Israel. Then he said it was okay for the men, women and children to leave Egypt, but without the livestock and finally God had the victory, calling the children out with wealth and blessings.

Even Pharaoh’s advisors told him to let God’s people go, but Pharaoh’s pride and selfish ambitions kept him from listening to counsel. May we also be careful and recognize our pride early on, willing to humble ourselves and surrender all. The punishment for Pharaoh and ‘all who trusted him’ came later through Nebuchadnezzar when he ruled Babylon (Jeremiah 46).

Remember it took only three days to leave Egypt, but 40 years for Egypt and her cults and idols to leave the minds and hearts of Israel.
In order to know the exact timing of the Exodus we must begin with the Babylonian exile, which we know happened in 586 BOT. If we add another 390 ‘day-years’ mentioned in Ezekiel 4:4-13 we come to the year King Solomon divided the two kingdoms into Israel and Judea in 976 BOT. Take another 36 (40 less 4) years of Solomon’s reign and the 480 years between his throne and the time of the Exodus described in 1 Kings 6:1 and the date comes to 1492 BOT!

Commandments were given, still used today, which commemorates the Exodus from Egypt. A blameless lamb should be kept on the 10th of Nissan and on the 14th slaughtered and eaten at the last supper on the 15th of Nissan at the last night.

According to the faith of Christianity the Exodus also foreshadows the sacrificial atonement of the Lamb of God who, although blameless, was slaughtered on the cross. For the Children of God, celebrating the evening before brought salvation, but to those who opposed Him, it brought death. A lesson to us!

Concerning the final plague, the Lord had the final say. While Pharaoh was guilty of murdering all the Hebrew newborns, God went and killed Pharaoh’s first-born child.