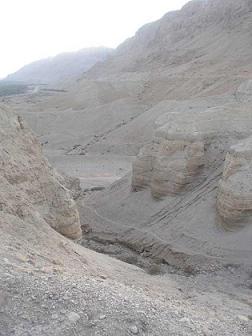 Commentary:
Our Torah portion “Jethro” is one of the six readings named after a person. The others include Noah, Sarah, Korah, Balak and Pinchas (Phinneas). Our reading was named for the heathen and pagan priest of Midian who eventually became Moses’ father-in-law. It is here, we read in the heart of the Torah the most important scripture in the Jewish faith with the giving of the law and here it is named after a heathen (goy).
This shows us again that God’s Word was made available to all of mankind.

“I am Hashem your G-d.” (Exodus 20:2) This is the first commandment and it is essentially the last. G-d has woven His name throughout the entire Torah, and His presence throughout all of creation. To know His name and to believe in Him is the entirety of of all the commandments.

Moses described ‘all the hardship that had befallen them on the journey’ but never ceased to give honor and praise to God Almighty! This is not a story filled with complaints, but rather one that is encouraging. We can learn from this when we encounter the hardships of life – give praises to God!

The heathen priest recognized God for who he was: “The LORD is greater than all the gods; indeed” (18:11).

Jethro gave Moses advice in changing the justice system, as a loving father-in-law, from one judge (Moses) to 70 – with one rationale: “You will surely wear out (naval), both yourself and these people who are with you…” (18:18).

The verb ‘naval’ was given in the verse twice, emphasizing the weight of the word that means ‘to wither, to wilt and to dry-out’ like the leaves (Psalm 1:3). He meant that Moses’ antithesis could slowly dry-out. But, it also meant that naval is a vile person, a miscreant, scoundrel (see Nabal, the evil and harsh husband of Abigail in 1 Samuel 25). Therefore, it was the last thing that Jethro desires for his son-in-law.

God many times calls a person, blesses them, but with those abundants of blessings comes a need for help. A man of God, like Moses should humble himself and let go of the little things and allow others to administer the small ‘cases’. Believe me, it’s not always easy for them to do this.

“’Now then, if you will indeed obey My voice and keep My covenant, then you shall be My own possession among all the peoples, for all the earth is Mine;
and you shall be to Me a kingdom of priests and a holy nation” (19:5-6).

The Receiving of the Torah (the Law; correct translation: guidance or teaching) three months after the exodus from Egypt, falls according to Jewish scholars during Hebrew year of 2448 (1312 befor).

When the Jewish people came to Mount Sinai to receive the Torah they practiced humility! Humility is the key to unity!

The left tablets, with mitzvot (commandments) for man, where written with bigger letters to add emphasis. Because one cannot claim piety by meticulously do Mitzvot toward God and ignore the commandments of how to treat our neighbor. Our relationship towards others plays a huge role in our relationship with God. Someone who is not faithful to people will not be faithful to God.

Why ten (commandments)? The Talmud tells us that the Ten Commandments correspond to the ten sayings God used to create the world. “So it teaches us that by keeping the ten Commandments, one preserves the universe!” – that’s why we need to be doers of the Word!
Shabbat Shalom