Parashat Shabbat Shemini – on the eight 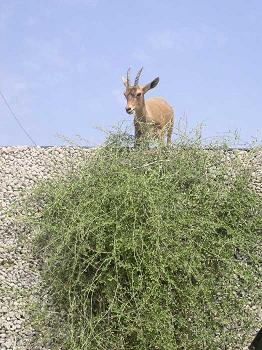 Begin with a Sabbath Song:

Commentary:
This week’s parasha discusses two main issues: The first, the dedication of the Mishkan (tabernacle), which included sacrifices and the cleansing of the priests. In the midst of the “festivities” we read of the sudden death of Aaron’s sons Nadav and Avihu after offering a “strange fire” before the LORD.

The second part of the parasha speaks about the animals the Israelites were forbidden to eat (11:1–28). One of these animals is the pig, strictly forbidden according to the Word of God. Isaiah also writes of such foods in his chapters of end-time prophecy.

“Those who consecrate and purify themselves to go into the gardens (of idol temples), following the one in the midst of those who eat the flesh of pigs and rats and other abominable things—they will meet their end together,’ declares the LORD” (66:17).

* Yeshua (Jesus) and his disciples also were those who kept the Law and did not eat unclean animals such as pig. It was not coincidence that Jesus cast out demons and drove them into a herd of swine!

We read of a number of contrasts throughout our Torah portions, including holy and unholy, clean and unclean, atoned and those “atonement less”. Our reading concludes with the godly command, “Be holy because I am holy”. It’s our decision will we obey?

The end of this week’s portion found in II Samuel shows us how King David decided that there would be a House of God.

“How can I live in a Villa out of ceders and the ark of God is in a tent?”

We should ask ourselves, how much room are we giving God in our life? Is it worth it? The answer is the same the prophet Nathan gave David.

“Do what your hearts tells you and go for it, because the LORD will be with you!”

* God’s Sabbath Int. is constantly endeavoring to expose
the common and the connective between Judaism and Christianity