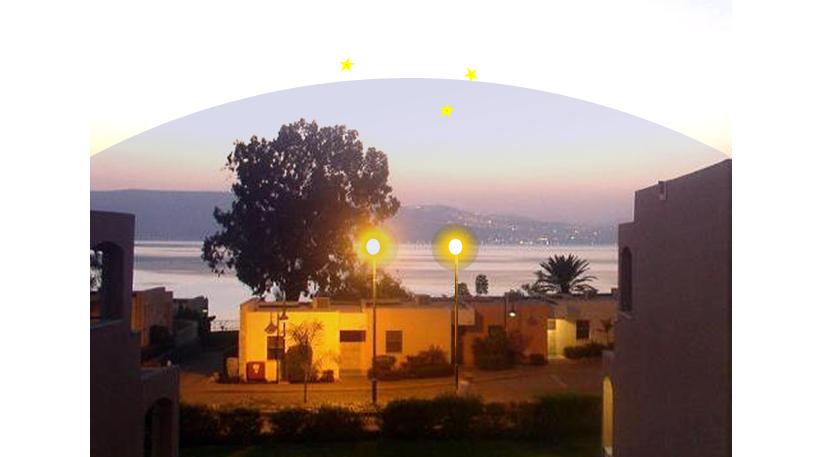 Abstract of the Commentary by Michael Schneider, Jerusalem:
This weekly portion (parashat) begins with ransom (kofer nefesh) and atonement money (kessef kippurim) in the value of “half a shekel according to the shekel of the sanctuary” for every man over 20. “The rich shall not pay more and the poor shall not pay less than the half shekel, when you give the contribution to the LORD to make atonement for yourselves.” (30:15).

In chapter 31, we read about God’s Calling to Bezalel (in God’s shadow) from the tribe Judah. He was a man with the Spirit of God with wisdom, understanding and knowledge. Bezalel Ben-Uri was anointed by the Almighty to design His sanctuary – what a privilege! He was a skilled, inspired craftsman. (The art academy today in Jerusalem is named after him, Bezalel – and is located across the street where the ISRAEL TODAY offices are).

In chapter 32, we read about the building of the Golden Calf.

That is what happens when spiritual leadership is missing! Moses, the mediator between man and God, was on Mount Sinai for 40 days….

The Lord warns: “They have quickly turned aside from the way which I commanded them…” (32:8).

Here we have the true test of a man of God: The Lord said to Moses: “… I have seen this people, and behold, they are an obstinate people. Now then let Me alone, that My anger may burn against them and that I may destroy them; and I will make of you a great nation” (32:9-10). God wanted to destroy this rebellious people and bless Moses with a nation through him.

But Moses, a true leader, spoke to the heart of God and pled for his people. He asked God to reconsider, wondering what the nations, especially Egypt, would think of the mighty God of Israel who had delivered them from Egypt just “to kill them in the mountains and to destroy them from the face of the earth” (32:12)?
Second try: Moses reminded the Lord of His eternal Covenant with the patriarchs Abraham, Isaac and Jacob.

After seeing the golden calf, Moses broke the two tablets of the 10 commandments and then the golden idol was burn. He said: “Whoever is for the LORD, come to me!” (32:26; which, by the way, is an election slogan for the ultra-Orthodox Shas party today). Following that, 3,000 people were killed in punishment.

After the punishment, Moses approached God for the third time to intercede for forgiveness on behalf of his people. Moses was ready to lay down his life for the sake of his people: “But now, if You will, forgive their sin–and if not, please blot me out from Your book which You have written!” (32:32; also the first hint that there is a Book of Life in heaven)

So God sent “His angel” who walked with the people (verse 34).

Then the LORD passed in front of him and proclaimed, “The LORD, the LORD God, compassionate and gracious, slow to anger, and abounding in lovingkindness and truth…” (34:6)

Moses fell on the ground to ask forgiveness for his people: “If now I have found favor in Your sight, O Lord, I pray, let the Lord go along in our midst, even though the people are so obstinate, and pardon our iniquity and our sin, and take us as Your own possession.”
God renewed His covenant: “Behold, I am going to make a covenant before all your people I will perform miracles which have not been produced in all the earth nor among any of the nations…” (34:10)

And so it is until today! God has performed many miracles for His people before the eyes of all nations – just look at the rebirth of the State of Israel and the return of His people to their land after almost 2000 years!