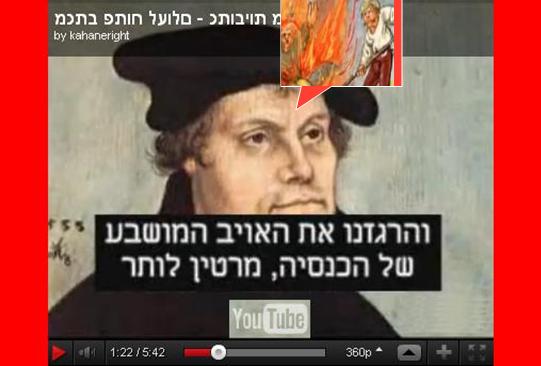 Two weeks ago the prosecution of Jews was officially re-allowed in Germany by court.

It all started from the Protestant (Lutheran) side quite innocently in the 16th Century when Martin Luther called the German Christians in several books, to destroy the Jews and burn their synagogues. Today, Luther therefore is publicly celebrated again with a ten-year-long celebration of Germany that will culminate in a Celebration of the Lutheran Church of Germany in year 2017 … The ban on ritual circumcision or religious circumcision (Brit Mila) is making life as Jew punishable in Germany again – today! Practically it is impossible to live Judaism again in Germany. But where were the very beginnings of antisemitism that – again – was approved by German Holocaust till 1945 and is now re-approved in Germany today? This question goes to this comment “Balak” by Rabbi Richman.

Let it be a word of comfort to us: God can change any ordered and planned curse into a blessing!
Shabbat Shalom !