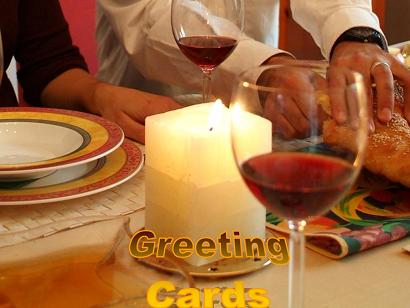 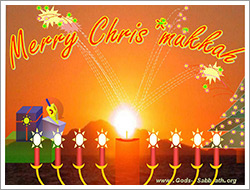 Community, a light in the hearts, the jewish and the christian, Chrismukkah (Jewish Museum Berlin). Which christian realizes, that this year – all of a sudden – Hanukkah and Chistmas falls in the same time of year again? We want to invite you and moreless the entire mankind to download, copy and send this card to friends to proclaim this community of a new spirit. Since despite the horrible Luther Decade, Christians and Jews should be able to celebrate a new spirit of a new spirit of brotherhood together, even though they have no common God.

Hag Chirsmukkah Sameach, and for the Christians Shana Tova (a good year).
Yours Eric

The Temple Institute Jerusalem Rabbi Chaim Richman says:
His brothers were in shock when Yosef said “I am Yosef,” thereby removing from their eyes the blinders preventing them from seeing G-d’s presence in every moment and in every action. So startled were they that they could not respond, they could not comprehend. Their souls left them. How much greater would be the shock were G-d to reveal His presence to us in one single moment. Therefore He reveals His great light one glimpse at a time, even as the Geula redemption marches ever forward.