VaYikra Temple Commentary – HE Called from The Tent Of The Meeting 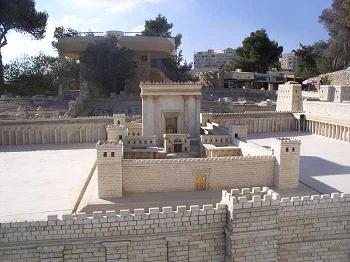 Commentary by Eric Martienssen:
1 And He called to Moses, and the Lord spoke to him from the Tent of Meeting, saying…

This Tent of Meeting later was our Temple in Jerusalem, where God himself, blessed be HE, was living. This Temple was destroyed by the Romans – straight to the point: destroyed by the Pontifex, later called Pope. The church made the entire world believe that the office of the Pontifex would have been installed hundreds of years later but the fact is, that this office existed until 254 BC.

Israel Yaoz on Current Themes:
The next deportations started in 70 A.D. when tens of thousands of Jews were sold as slaves in the roman empire; this was a result of the great revolt against the Romans, and the subsequent destruction of Israel, Jerusalem and the holy second temple.
Read the complete story, Israel Yaoz: From Jerusalem to Jerusalem 1

Watch film/video documentation
History of the Roman Colosseum (duration min. 9:45):
… “it was financed by the sale of precious relics taken from the Jewish Temple during the savage sacking of s Jerusalem. 12,000 Jewish captives were brought back from that campaign to build the amphitheatre”…

The destruction of the modern temples of God had been commanded by Martin Luther in the 16th Century:
„Firstly, that their synagogues or schools be set on fire and, what may not burn, be heaped over with earth, so that no human being could see a stone or cinder for ever. And such should be done to honour our Lord and Christianity, so that God may see that we are Christians.”

Read the following call for help from Germany:
Luther’s above-mentioned call to burn the synagogues and the Jews, was implemented by the Germans on Luther’s birthday in his honor in order to unite all Lutherans in this aim. That night in 1938 was celebrated as Kristallnacht (November 9 to 10, Luther’s birthday). But we Americans have decided to burn all the books of Luther with Jews devastating content in Germany of 1945 – such as a.m. On the Jews and Their Lies. Why? Thus the American Lutherans were able to continue to believe in their beloved Luther.
For our own peace will we Americans have helped Germany to again be able to believe in the most honourableness, one of the worst criminals in human history, Martin Luther. Is it now not up to us to prevent the → Luther Decade … that the German Lutheran history and the follow will not be repeated? Rise up, America! Threaten with the withdrawal of the ambassador and all diplomatic relations to Germany if they will not stop the Luther Decade … and such should be done to honour our Lord, so that God may see that we are Americans. God bless America.

Never ever forget that Pogromnacht was the night of 9th on the 10th of November – Martin Luther’s birthday! Please help the Germans since they will never change without your help, America! Stop the Luther Decade from America’s side!

2 Speak to the children of Israel, and say to them: When a man from [among] you brings a sacrifice to the Lord; from animals, from cattle or from the flock you shall bring your sacrifice.
3 If his sacrifice is a burnt offering from cattle, an unblemished male he shall bring it. He shall bring it willingly to the entrance of the Tent of Meeting, before the Lord.
4 And he shall lean his hand [forcefully] upon the head of the burnt offering, and it will be accepted for him to atone for him.