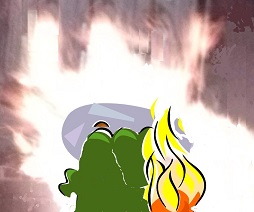 “From the moment of his birth until he came of age, Moshe was nurtured, kept alive and cared for by women of undaunted courage and unshakable fear of G-d. Of these righteous women, none was more striking in her compassion and desire to do good than Bitya, the daughter of Pharaoh, who rescued Moshe, raised him and gave him the name for which he is known until today” …more: