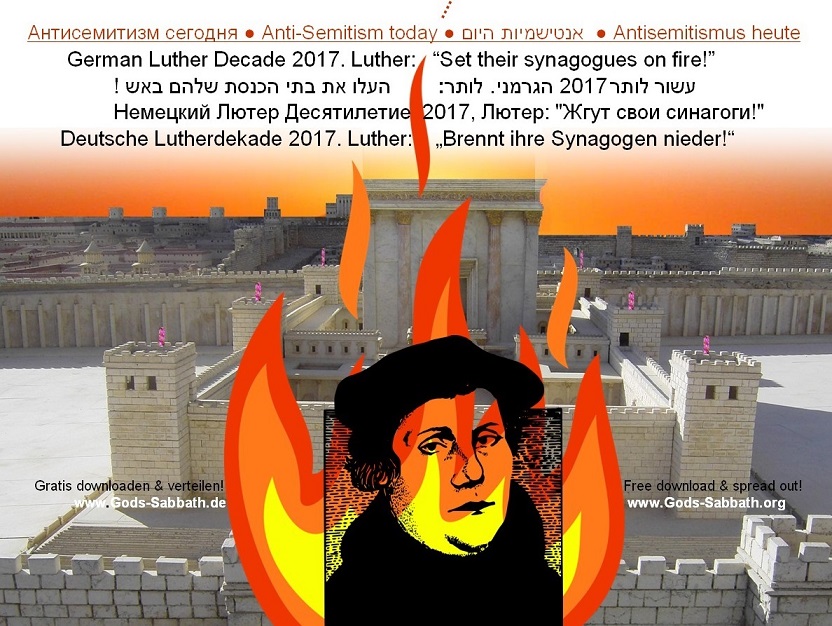 This week’s parashat (וישלח- Genesis 32:4-36:43) mentions “Israel” for the first time in the Holy Bibel (in difference to the world: Genesis – 2 Chronicles Chapter 36, only)! Since then, the Christian-Roman world is trying to erase precisely this “Israel”. For a century, by financing the terrorism of the Palestinians, “for you, brethren, became followers of the churches of God which in Judaea are in Christ Jesus: for you also have suffered the same things of your own countrymen, even as they have of the Jews: Who both killed the Lord Jesus, and their own prophets, and have persecuted us; and they please not God, and are contrary to all men”, so their new bible, the so called New Testament, so it incites against Jews (1 Thess. 2:14-15). And the Jews know nothing of all this?

Dear Israel !
On one side you have my grateful and warmest thanks for this video…

On the other hand, I wonder when the Israelis will wake up to realize that the Jew labeling Israel Boycott of the EU is just another (and this time politically correct) brick in the German Wall leading to 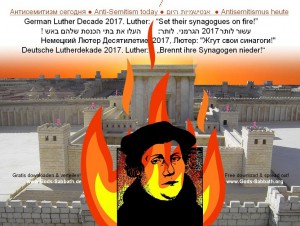 Israel: save Germany from itself – Stop this Luther festival ultimately in time before its High Holidays end!

◄ Click picture postcard for download, storage, printing and spread out a million times per email and Internet!

Have you really never heard about German religious leaders who are politicians in one, never heard about the matter in fact that President Gauck is a Lutheran pastor, Merkel a Lutheran pastor’s daughter, Secretary of State Steinmeier a presidential board member of the Lutheran Church, the opposition leader, Katrin Goering-Eckardt a former president of the Lutheran Church Synod and that the largest publisher in Germany (so called Israel-patroness Friede Springer) is financing the searing Luther Decade to the honor of Martin Luther? This Martin Luther whose Birthday the Germans where celebrating in the night from November 9 to November 10, 1938! It was Martin Luther who called the Germans to set the Jews and their Synagogues on fire with his words:

“Firstly, that their synagogues or schools be set on fire and, what may not burn, be heaped over with earth, so that no human being could see a stone or cinder for ever. And such should be done to honour our Lord and Christianity, so that God may see that we are Christians.”

Above mentioned German leaders who are also leading the EU and the boycott against you, unlike you they do know exactly that their Lutheran World Federation (LWF) and their World Council of Churches (WCC) is finally financing the Paletinian terror. By the way there had never been an ethnic group called “Nazis”, they were always Germans. And you do not even know the origin of the boycott, almost denying it, making gorgeous videos while the reality of Luther Decade hurries to it’s fiery climax?