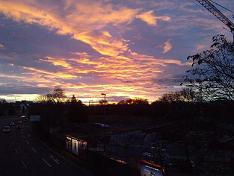 Commentary by Rav Gedalia Meyer for The Temple Institute, Jerusalem, Israel:
«Parashat Ki Teitzei, which contains 76 different commandments is often seen as a bit of a hodgepodge of commandments, some rather arcane, and seemingly disconnected one from the other. But the pattern that our sages detected in this rainbow of commandments sheds light on the vitality and longevity of the nation of Israel»…More: