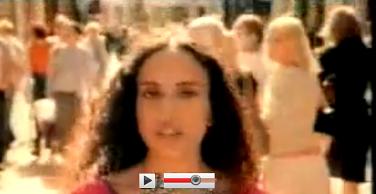 Abstract of the Commentary by Michael Schneider, Jerusalem:
Our weekly Torah portion continues with additional rules and guidelines for the children of Israel, this week, how to live Holy and pure lives before the LORD.

In chapter 16 it begins by telling us about two goats, “one lot for the LORD and the other lot for the scapegoat”. But before this passage, the passage emphasizes that a priest is not allowed to enter the Holy sanctuary “at any time,” but only when he approaches with the right attitude, clothing and time – after he had cleansed himself through sacrifice.

In our (Ashkenasim) Haftara God asks: “Have not I brought up Israel out of the land of Egypt?” The destruction of the modern temples of God and all what is holy – especially the change of all concerning the God of the First Commandment “Israel out of the land of Egypt” – had been commanded by Martin Luther in the 16th Century:
„Firstly, that their synagogues or schools be set on fire and, what may not burn, be heaped over with earth, so that no human being could see a stone or cinder for ever. And such should be done to honour our Lord and Christianity, so that God may see that we are Christians.”
Read the following call for help from Germany:
Luther’s above-mentioned call to burn the synagogues and the Jews, was implemented by the Germans on Luther’s birthday in his honor in order to unite all Lutherans in this aim. That night in 1938 was celebrated as Kristallnacht (November 9 to 10, Luther’s birthday). But we Americans have decided to burn all the books of Luther with Jews devastating content in Germany of 1945 – such as a.m. On the Jews and Their Lies. Why? Thus the American Lutherans were able to continue to believe in their beloved Luther.
For our own peace will we Americans have helped Germany to again be able to believe in the most honourableness, one of the worst criminals in human history, Martin Luther. Is it now not up to us to prevent the → Luther Decade … that the German Lutheran history and the follow will not be repeated? Rise up, America! Threaten with the withdrawal of the ambassador and all diplomatic relations to Germany if they will not stop the Luther Decade … and such should be done to honour our Lord, so that God may see that we are Americans. God bless America.

Never ever forget that Pogromnacht was the night of 9th on the 10th of November – Martin Luther’s birthday! Please help the Germans since they will never change without your help, America! Stop the Luther Decade from America’s side!

We too can learn a lesson of how we are to enter the House of God today.

Priestly purification rituals became an introduction to entering the Tabernacle and Temple during Yom Kippur or the Day of Atonement, which became a “permanent statute” (16:29).

In chapter 17 we read, “No person among you may eat blood, nor may any alien who sojourns among you eat blood” (17:12). This was what the apostle Paul commanded from the gentiles who believe in the Messiah of Israel, Yeshua in Acts 15:20. This has come to be known as one of the Seven Commandments of Noah (for the gentile).

Chapter 18 follows with a list of abominable sins, especially those of a sexual nature. They were instructed to never adopt the customs of sin from the places they had been “brought out.”

Sadly, today, sick and dirty fashions are entering the Land through TV and the Internet. God desires for His Land and people to be Holy, especially from within. We are called to be separated from the lusts of the world. God intended for sex to be good, but man has distorted God’s design and purposes.

“Do not defile yourselves by any of these things; for by all these the nations which I am casting out before you have become defile” (18:24).

In chapter 19, God addresses treatment of people like the poor or “You shall not curse a deaf man, nor place a stumbling block before the blind” (19:14). What can be concluded is given to us in the following verse with the second greatest commandment, which was reiterated by Yeshua, “You shall love your neighbor as yourself” (19:18).

The very wise Jewish scholar, Hillel once said, “Do not do unto others what you do not want others to do unto you. This is the entire Torah. Everything else in the Torah is merely commentary on this mitzvah.”

My advice to you is read through the commandments on holiness and compare yourself to them! “So we will be holy like He is!” (20:7-8 and 26) He wants us to be set apart, departed and “called out” from the world (20:24). Yes, holiness is separation! Because only through holiness can we inherit the Promised Land.