The Christian Church and their God Paul 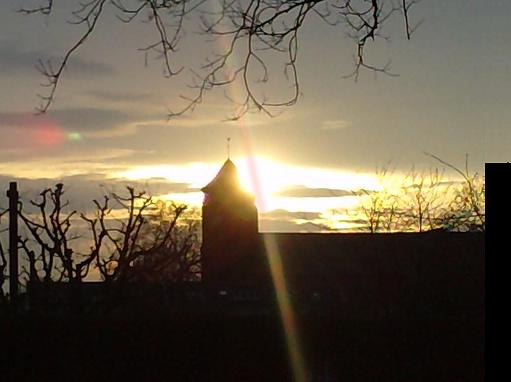 As one of our warmest tasks we – God’s Sabbath International – consider to make the Eternal of Israel distinguishable from the gods of the Christian churches “so that you live” (in eternity, Deut. 30:19)! When would be the time to separate the church from their worst idol, Paul, better chosen then this week, the first week of a new Hebrew month (Shvat), the Torah portion “Bo” and the fist Mitzvah ever? Church at the End

Sure, the first day of the month was the last Thursday, so in the synagogues (only substitute at home) the normal reading for the beginning of the month had been read, Numeri 28:1-15. But if, as a few months ago, the first of the month, our Rosh Chodesh, falls on a Shabbat at least the regular Haftarah of this Shabbat has to be replaced through the reading of the prophetic last chapter of Isaiah (66:1 to 24) where God declares: (17) “Those who consecrate and purify themselves to go into the gardens, following one who is among those who eat the flesh of pigs, rats and other unclean thing – they will meet their end together with the one they follow.” You know, that is very specific since those who eat flesh of pigs cannot be found among the Semites, neither Ismaelites nor Israelites, so that only Christians are meant here. But how comes that Christians eat pork, when there supposed Christ invariably kept all the commandments of the Torah? Can it be that the supposed Christianity has nothing to do with the supposed Christ – for the Rabbi from Nazareth was a Jew, and so was his teachings, a pure Jewish Torah scholar liness, it inevitably must have been someone else to have reversed his teaching later into the opposite. Ergo the God of Christianity, the God of the Christians, the one they follow in reality, not Jesus of Nazareth but Paul, and he was it who allowed them to “eat flesh of pigs so they will meet their end together with the one they follow.”
But later on “from one New Moon to another and from one Shabbat to another, all mankind will come and bow down before Me,” says the Lord. And they will go out and look on the dead bodies of those who rebelled against Me.”

Back to the Shabbat directly after this year’s New Moon of month Shvat which was Sabbath BO. And in the readings of this Shabbat BO the great hope for the nations is laying out. Not only a great hope but also the only one . . . if they, “as a mixed multitude” up to the only One, “Echad” (also Ehad), and His Only Once, His People:

(Exodus 12:38-49) A mixed multitude went up [Aliyah] with them also, and flocks and herds – a great deal of livestock. And they baked unleavened cakes of the dough which they had brought out of Egypt; for it was not leavened, because they were driven out of Egypt and could not wait, nor had they prepared provisions for themselves. Now the sojourn of the children of Israel who lived in Egypt was four hundred and thirty years. And it came to pass at the end of the four hundred and thirty years – on that very same day – it came to pass that all the armies of the Lord went out from the land of Egypt. It is a night of solemn observance to the Lord for bringing them out of the land of Egypt. This is that night of the Lord, a solemn observance for all the children of Israel throughout their generations. And the Lord said to Moses and Aaron, “This is the ordinance of the Passover: No foreigner shall eat it. But every man’s servant who is bought for money, when you have circumcised him, then he may eat it. A sojourner and a hired servant shall not eat it. In one house it shall be eaten; you shall not carry any of the flesh outside the house, nor shall you break one of its bones. All the congregation of Israel shall keep it. And when a stranger dwells with you and wants to keep the Passover to the Lord, let all his males be circumcised, and then let him come near and keep it; and he shall be as a native of the land. For no uncircumcised person shall eat it. One law shall be for the native-born and for the stranger who dwells among you.”

But the really interesting for Israel – and especially for the church, the Christians, those who will meet their end together with the one they follow if they don’t separate themselves from their God of all lies, Paul – is commanded before the exodus, the very first two Mitzvoth (commandments), directly placed between the ninth and the last plague for the goyim / Egypt. And the very first two Mitzvoth are the blood of the passover lamb and the blood of circumcision. “Prior to their redemption” the Jews should first and foremost remember once again the mitzvah which they had forgotten to observe during the last two hundred years of their slavery . . . Similarly, the Christians and their church will have to bleed “prior to their redemption” (re-cognition of the commandments of God), which they did not observe during the 2000 years, in which they worshiped their idols like Paul.
God wanted “His people” to have a real change of heart, which was a 40-year journey. The goal was total surrender and dependency on the Lord! It worked best in a dry and barren desert. God told Moses: “As for you, lift up your staff and stretch out your hand over the sea and divide it, and the sons of Israel shall go through the midst of the sea on dry land…” read Parashat BeShalach »